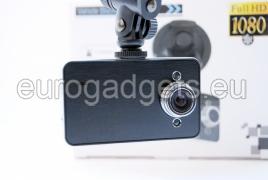 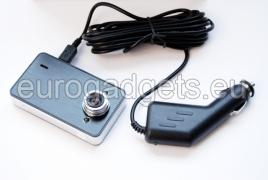 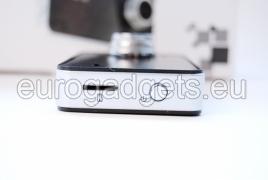 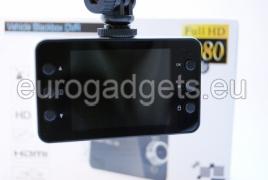 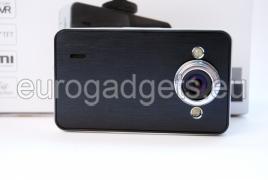 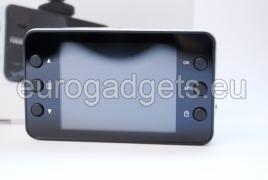 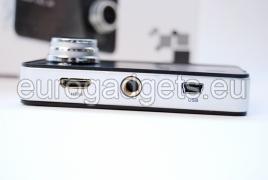 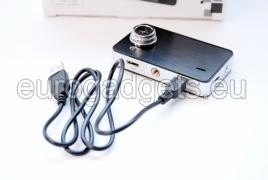 Price:
40.95 €
Price includes VAT
End price:
40.95 €
Product description Warranty
This car camera with high resolution can be invaluable in analyzing your driving. Video is in fullHD resolution and will allow you to see the smallest detail.
The camera produces pictures in JPEG format, you can choose between eight resolutions, the maximum of which is 12MR.
Video, which was recorded AVI (audio + Video) and can also be in several resolutions - 320x240, 640x480, 848x480, 1280x720, 1440x1080 and 1920x1080.
The pictures from the camera and the records can be watched directly on the 2.7 inch screen.
The device has motion detector, which starts recording when the lens is moving, and a G sensor that is activated upon impact and initiates a forced recording.
For taking pictures in darkness there are two bright LEDs to illuminate the objects.
The camera has a rechargeable battery with a capacity of 600 mAh.
With the HDMI output you can watch the recording directly on your TV screen.
The kit includes suction mount, car lighter power cord, USB and HDMI cables.