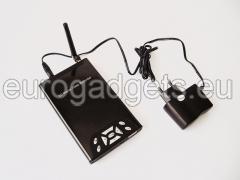 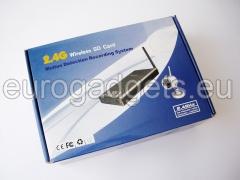 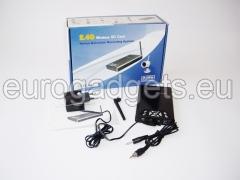 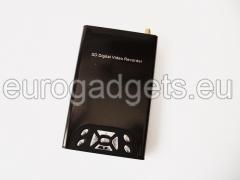 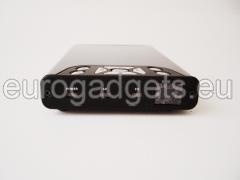 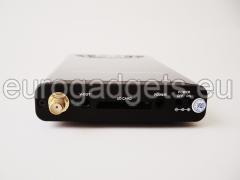 Price:
82.95 €
Price includes VAT
End price:
82.95 €
Product description Warranty
This recorder allows you to record and monitor on external screen the signal coming from your wireless cameras.
You can tune it to each of the four standard channels (CH1 - 2.414GHz, CH2 - 2.432GHz, CH3 - 2.450GHz, CH4 - 2.468GHz) with just the push of a button.
The recorder has two recording modes - video or photos. Change the recording mode and you can record audio-video files in AVI file format or individual photos in JPEG file format. Recordings are stored in the SD card with a maximum capacity of 2 GB. This card will allow you to record more than eight hours recordings in maximum quality 640x480 pixels.
After filling the memory the recorder overwrites the oldest entries. The built-in software motion detector turns the video recorder into an effective security system. You can set the sensitivity of the detector in a section of the screen, which can also trigger it and the response time.
Using the included cable, you can connect the device to a TV screen and thus you can watch the signal from the cameras on a big screen in a standard PAL mode. You can also watch on the screen the saved pictures and video files. The playback on the screen monitor is muted.
The recorder is powered by DC adapter 5V.
The maximum power consumption is 600 mA.
Operating temperatures – from -10 to +50 degrees.